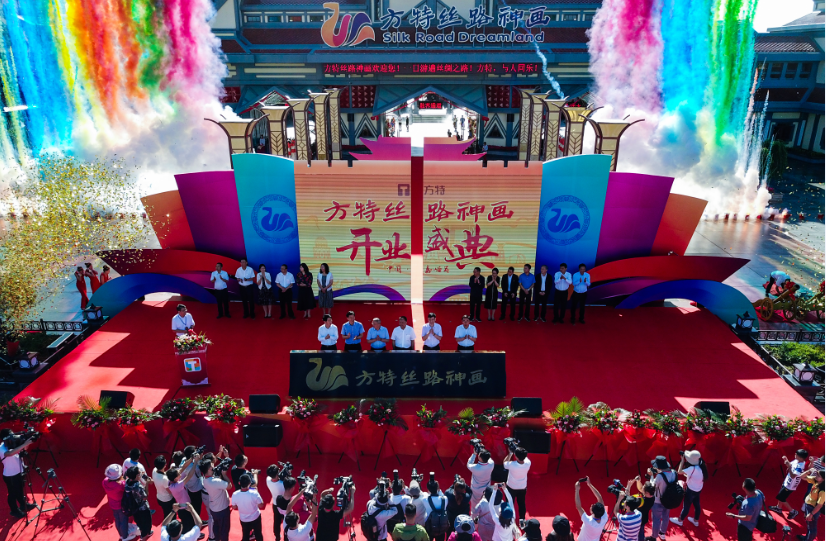 The opening ceremony of the new park started in the morning and began with traditional dances and music giving spectators a taste of ancient Chinese culture. Liu Daoqiang, CEO of Fantawild, gave a welcoming speech. Ding Jusheng, Deputy Secretary of Jiayuguan Municipality CPC Committee and Mayor of Jiayuguan, also gave a speech.

Senior officials of the city and guests pored golden sand down a board to make the words “Fantawild Silk Road Dreamland” appear on it, officially unveiling the new park.

Li Zhongke, Secretary of Jiayuguan Municipality CPC Committee officially announced the opening of the park at the end of the ceremony. Music and fireworks added to an ambiance of merriment for the occasion.

The new park is adjacent to the world heritage Jiayuguan fortress. It presents Chinese culture, focusing on the silk road and the Great Wall. The park combines advanced technology with business operations to present the charm of this ancient trade route, and is the first high-tech silk road themed park in China.

Suitable for All Ages: Tour the Silk Road in One Day

The new park has 45 themed attractions and more than 200 landscape designs. Nearly ten thousand visitors of different age groups went to the park on the day of its opening. After the opening ceremony, visitors entered into the park. Laughers could be heard everywhere, showing the charm of this new park. 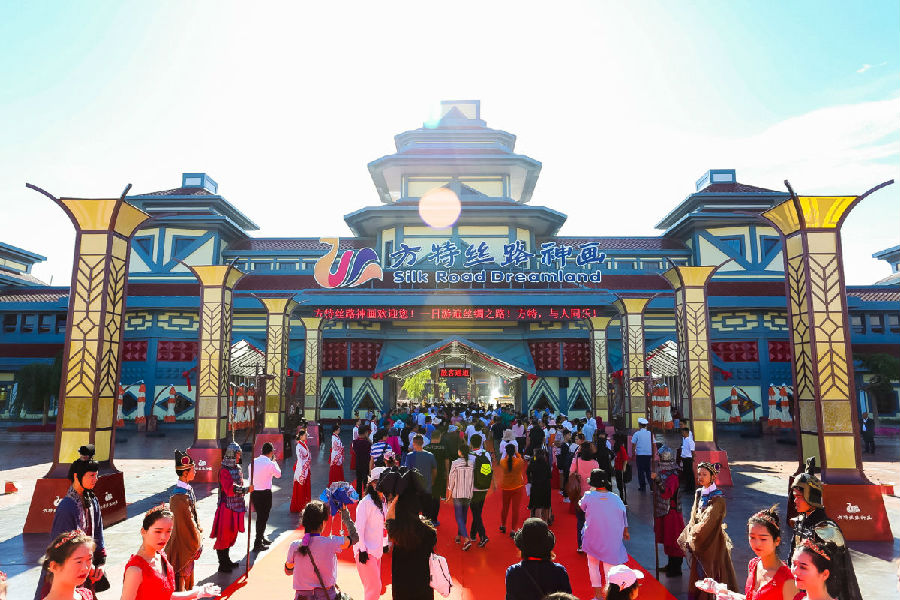 Indoor themed attractions equipped with state-of-the-art technology are popular destinations for visitors. One such attraction, Lady Meng Jiang, combines live performance with images to retell the classic story of Lady Meng Jiang who brought down the Great Wall with her tears. The attraction Butterfly Lovers combines live performance with AR technology and holographic projection technology to present to audience with classic love story.  Marvels of Chinese Culture presents to audience the five thousand years of Chinese history with a huge screen; The Legend of Nüwa uses multiple screens to give visitors an immersive experience. Visitors are given the chance to follow the goddess Nüwa to defeat monsters and mend the broken sky. A visitor said after participating in the attraction Lady Meng Jiang that “the scene of the collapsing of the Great Wall is very shocking and it’s like standing under the Great Wall to witness the legendary story with real sound effects”. 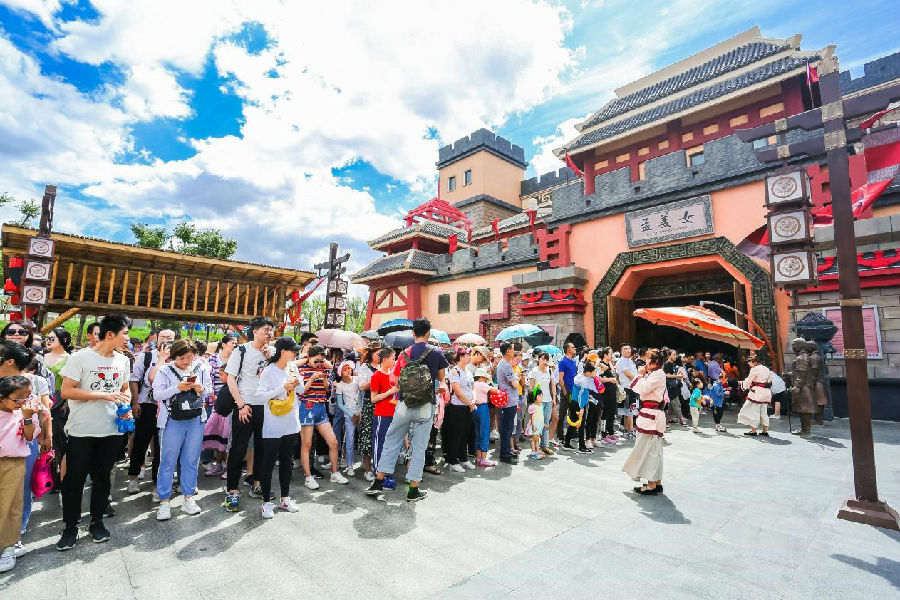 Jiayuguan was an important city on the ancient trade route. This park explores local history to custom-made attractions such as Legendary Dunhuang and Silk Road Saga to allow visitors to “tour the silk road in one day”. 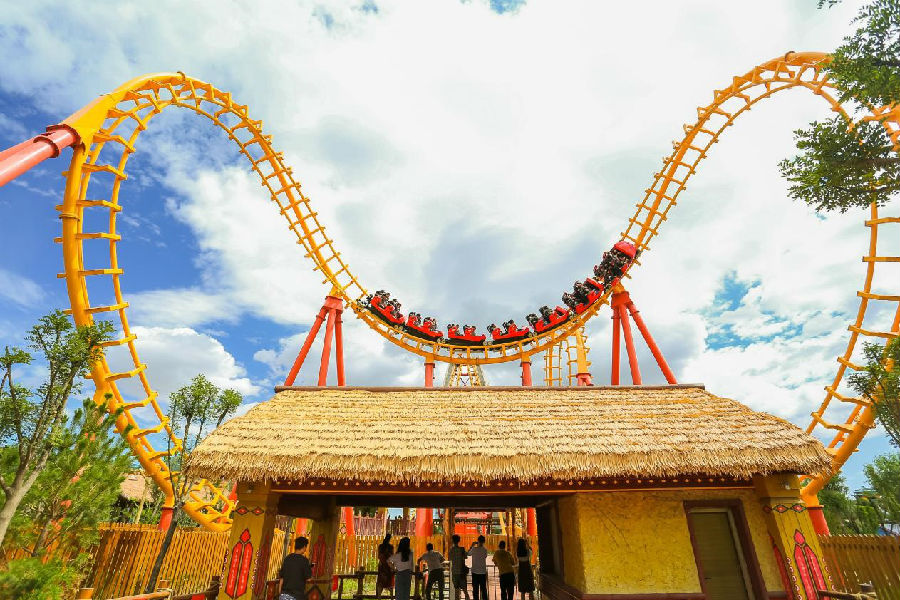 Silk Road Dreamland is another high-tech theme park in Jiayuguan after the success of the Fantawild Adventure park. Thus Jiayuguan Fantawild Resort now has two parks. The two parks each have their own distinct features. Silk Road Dreamland presents ancient cultures, while Fantawild Adventure provides an interactive experience. Both parks are suitable for visitors of all ages. The different themes of the two parks can satisfy visitors of different needs and provide more choices for them. One visitor who has been to Fantawild Adventure many times said “Fantawild opened the first park in the city in 2015, which is a good place for a family to tour while on holiday. The kids love to go to the park. As the kids grow up, we can now go to the new park. We can learn about history and culture while having fun, which is better than memorizing books”. 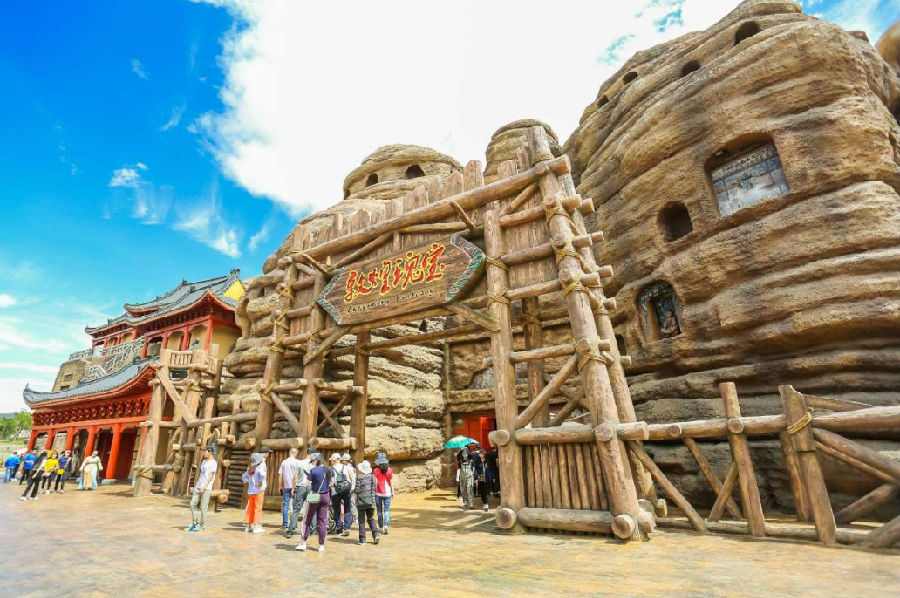