From April 11 to April 13, 2019, the 25th Thea Awards Ceremony and the 16th TEA Summit were held at the Disney Hotel in Anaheim, Los Angeles. China's Xiamen Fantawild Oriental Heritage is the only theme park to have won a Thea Award for “Outstanding Achievement”. Vice Chairman and CEO of Huaqiang Holdings Limited Mr. Frank Ming Li, and Executive President of Fantawild Holdings Inc. Ms. Daisy Shang, were invited to attend the awards ceremony and deliver a keynote speech.

Founded in 1991, the Themed Entertainment Association (TEA) is an international non-profit association representing the world’s leading creators, developers, designers and producers of compelling places and experiences worldwide. TEA members are innovators and problem solvers whose careers are built around confronting and overcoming unique challenges. The Thea Awards were created to bring recognition to themed entertainment design projects, rides, exhibitions and attractions that have created an outstanding experience for visitors worldwide. The Thea Awards have become internationally recognized as a symbol of excellence, and considered to be the “Oscar” of the global themed entertainment industry. This year, Thea Awards recipients were selected from more than 300 high quality amusement attractions and theme parks from around the world. Xiamen Fantawild Oriental Heritage has successfully integrated Chinese traditional culture with cutting edge technology to build an unforgettable theme park experience. This was accomplished by innovatively showing China’s rich and diverse history, culture, and folk customs to visitors from all around the world. This park that highlights the majesty of China, stood out in the award selection, and eventually became the only theme park towin a Thea Award for Outstanding Achievement in 2018.

At this year's TEA Summit, hundreds of entertainment industry leaders, elites and well-known names from all over the world gathered to exchange views on a variety of hot topics in the industry. In the Thea case study session, Ms. Daisy Shang, Executive President of Fantawild, shared the original ideas, creative concepts, and technological innovations of the “Fantawild Oriental Heritage” theme park with worldwide industry leaders. During her presentation, she introduced some of Fantawild’s classic attractions which are the most popular among visitors and the most representative of the park’s achievements. Founded in 2012, Fantawild Oriental Heritage is another independent and innovative theme park brand that combines profound Chinese traditional culture with modern high technology after Fantawild Adventure and Fantawild Dreamland. China has a history that spans five thousand years. The Chinese civilization provides numerous traditional cultural resources and a large number of vivid stories and legends. However, in the world and even in China, there was no high-tech theme park that mainly represented Chinese culture. That was the source of inspiration for Fantawild Oriental Heritage. Fantawild’s creative team conducted extensive research and cooperated with the design and R&D team to select representative historical and cultural elements. They then creatively applied modern technology to bring this traditional culture into a new realm of immersion. We used virtual reality technology such as VR, MR, AR, digital image integration, and virtual interactive entertainment equipment and control system technologies such as vehicle/shipmotion simulators, large scale lifting platforms, multi-degree-of-freedom animatronic robot technology. We have also developed many unprecedented attraction forms, creating a large number of themed attractions and live performances filled with unique Chinese characteristics and cultural heritage. Fantawild breathes new life into traditional Chinese culture and unfurls a magical scroll to present the wonder of Chinese culture to the world. “We have independently created a variety of unprecedented attraction forms for Fantawild Oriental Heritage, and pioneered several advanced technologies in the industry. Using these innovations, we created the world's first large-scale indoor dome theater attraction with a lifting platform, "Bridge to Love”, and the live show "Eternal Butterfly Love” performed in a theater-in-the-round with holographic AR technology. Both of these attractions are based on classic Chinese love stories. There’s also the 4D Dark Ride “The Legend of Nüwa” originating from ancient Chinese mythology; the large scale indoor flight simulation attraction "Devil’s Peak”, and the large-scale automatic tracing trackless ride “Pear Garden Tour” featuring Chinese opera and a 360° 3D circle vision screen. These and many other attractions in the park are the ingenuity of Fantawild integrating culture and technology. They are very popular in the market.” Ms. Daisy Shang said proudly. 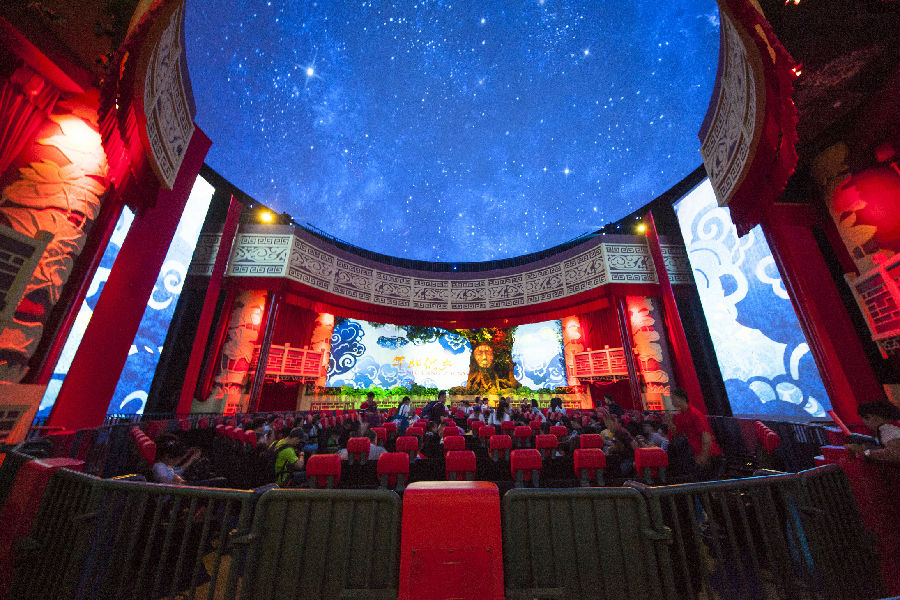 More distinctive theme parks will be created to facilitate the cultural exchange under “The Belt and Road Initiative”.

As competition in the theme park industry becomes fiercer, the keys to sustainable development are innovation, change, and breakthrough. China’s theme parks are constantly striving for high quality. Thanks to its excellence in creativity and advanced technology, Fantawild remains a trend setter in China’s theme park industry. “Fantawild Oriental Heritage” parks are the paradigm of innovation and promotion of Chinese culture.  By combining modern technology in tourism attractions and spaces Fantawild has grown to wield great influence in the industry.

At the climax of the event--the Thea award ceremony, the pioneers in the global themed entertainment arena as well as top class attractions became the focus of the night. Mr. Frank Ming Li took home the “Outstanding Achievement Award” for “Fantawild Oriental Heritage” park at the ceremony, and made a speech. In his speech, he shared with everyone the original intention for the creation of Fantawild Oriental Heritage. He hoped to display Chinese culture using the most advanced technology and spread Chinese culture, so he led Fanatwild to create the "Beautiful China Trilogy” theme parks project which shows visitors the past, present, and future of China. In fact, Fantawild Oriental Heritage is just the first part of the “Beautiful China Trilogy” that Fantawild has been working on in recent years. The project includes three series of parks: the “Chinese Cultural Heritage Park”, “The Road to a Modern Era”, and “Tomorrow’s China”. They display the traditions of ancient China, show the vast success of modern China, and give a glimpse into the future of the country respectively, all while combining advanced technology to give audiences an immersive experience in artful ways. The “Oriental Heritage” parks not only include one in Xiamen, but also in Ningbo, Wuhu, and Ji’nan. The other two types of parks are under construction in many places of China. 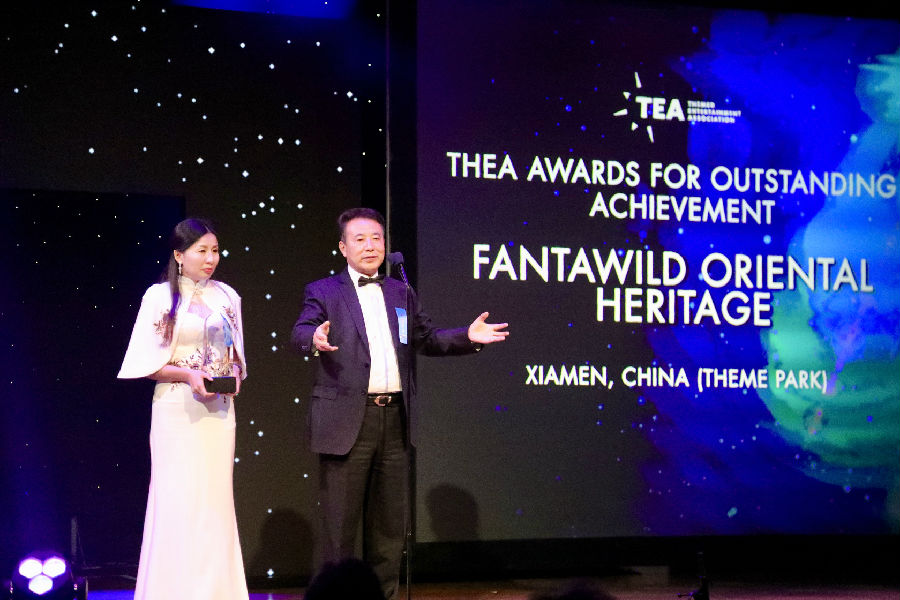 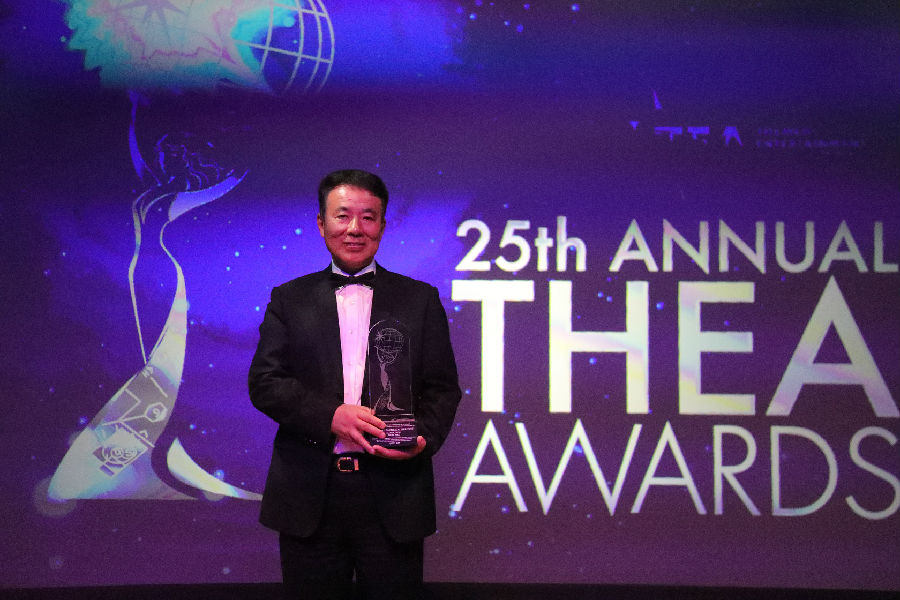 Mr. Li said, “Since 2007 when the first Fantawild theme park, Fantawild Adventure, opened in Wuhu, Fantawild has been devoted to the theme park industry for 12 years and has developed 4 major series of theme parks. Fantawild now owns more than 10 proprietary theme park brands and has built 25 theme parks which are in operation around the globe. Fantawild has trained a skillful team capable of providing one-stop solutions for theme park business with creative design, master planning, research and development, production, customization, installation, and operation.” This can be seen in its achievements. According to The Global Attractions Attendance Report published by TEA &AECOM, Fantawild ranks 5th among theme park groups in the world for 2 consecutive years. The number of visitors in Fantawild parks was a record high in the year of 2018. As a leader in China’s theme park industry, Fantawild is the first company to “go global” with proprietary brands, and is considered to be an exemplar of the industry.

Mr. Frank Ming Li added at last, “In the future, Fantawild will develop more high-quality theme parks.” According to research, Fantawild has built many featured parks for “The Belt and Road Initiative”, which helps to boost cultural exchange. For example, the “Fantawild Asian Legend” park in Nanning draws from the essence of culture from the ten member countries of ASEAN. The park opened on August 8, 2018, and was the first park in the world to display the culture, history and scenery of these countries. Many senior leaders from ASEAN member nations have visited the park and given great feedback. This facilitates the cultural exchange between China and ASEAN member nations. Fantawild will open the “Silk Road Legend” park in Jiayuguan in 2019. This park strives to revive the marvels of the ancient trade route, the Silk Road. Fantawild explores the numerous cultures in China to build new parks using creativity and advanced technology, including the “Fantawild Yinshang Kingdom” in Anyang highlighting the ancient Yinshang culture, and “Fantawild Legend Kingdom” in Handan featuring Chinese 4 word idioms. A wide variety of parks will open on the market as ground-breaking presenters of cultural exhibition.

The “Outstanding Achievement Award” conferred by TEA is recognition of the high quality and achievements of Fantawild parks. Fantawild will continue to provide top class theme parks and service, create joy and bring happiness to visitors. Fantawild’s robust development paints a rosy picture for its future.