On July 16th, Themed Entertainment Association (TEA) and AECOM, two authoritative research institutes on world theme parks, jointly published the Theme Index and Museum Index: Global Attractions Attendance Report for the year 2019. According to the report, Fantawild stayed on the list of the world’s top five theme park groups for the fourth consecutive year, with 50.393 million visitors, an increase of nearly 20% from the previous year. The increase rate is the highest among the top ten theme park groups on the list. 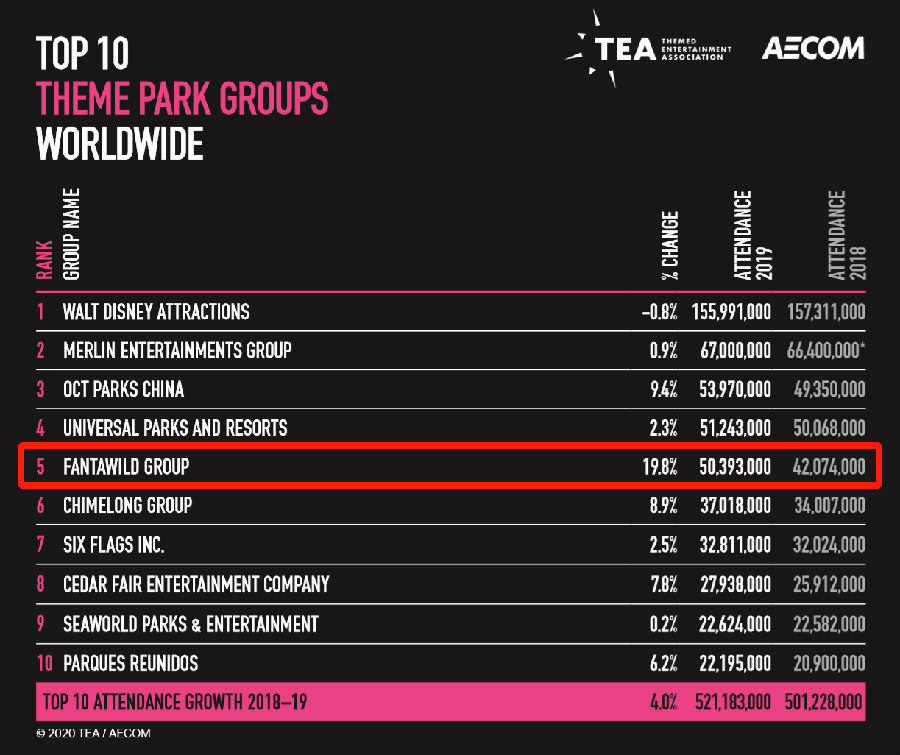 According to the report, the number of visitors in the top ten theme park groups reached 521 million in 2019, an increase of 4% compared with the previous year. Judging from the top 20 theme parks in different regions of the world, business was stable in 2019. Theme park operators in the Asia-Pacific region continue to dominate this list. Although the expansion rate of the top theme parks in the Asia-Pacific region was 2%, a slight decrease compared with the previous year, China did exceptionally well with strong growth. For this reason, Fantawild played an important role. 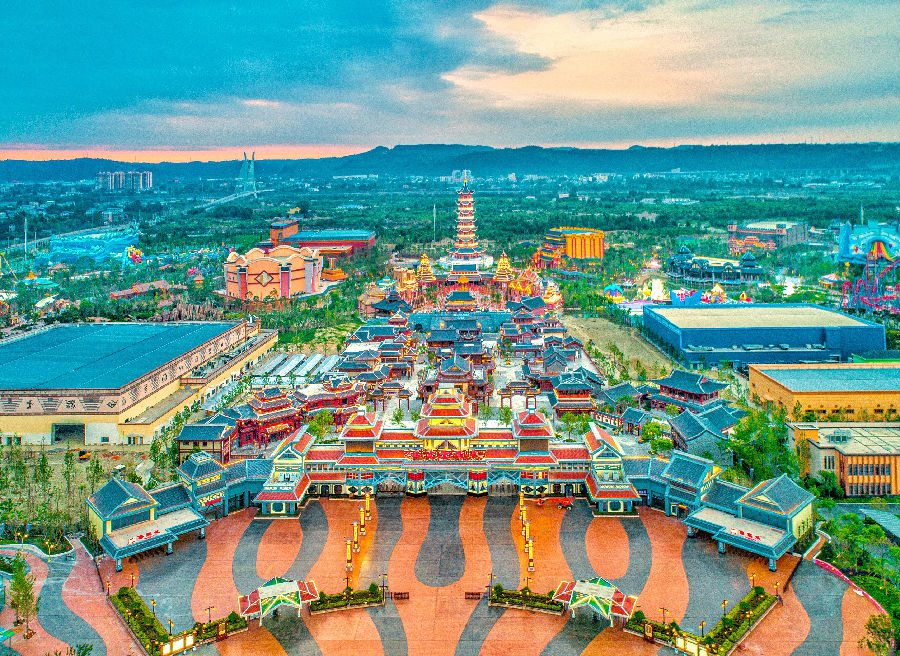 The total number of visitors to Fantawild parks in 2019 exceeded 50 million. According to the report, Fantawild Group grew significantly in 2019. They opened four new parks, and “achieved an attendance increase of 19.8%, representing about 8 million additional visits”. According to the data, the increase rate of visitors to Fantawild parks was far ahead of the other top ten theme park operators, with nearly 10% more than the second highest.

Fantawild has been among the top five theme park groups in the world for four consecutive years, from 2016 to 2019, with a steady increase in the number of visitors each year. The report analyzed the reasons for Fantawild’s growth, “Fantawild adds new parks every year”. As stated in the report, the four new parks in 2019, all with Chinese cultural or historical themes, were Fantawild Oriental Heritage in Jingzhou; Fantawild Oriental Legend in Handan; Fantawild Silk Road Dreamland in Jiayuguan; and Fantawild Oriental Heritage in Changsha. New Fantawild projects in development include Ningbo Traditional Chinese Culture Park in Hangzhou Bay; Boonie Bears Town in Linhai, Zhejiang province; and Xuzhou Fantawild Park in Jiangsu province.

In recent years, Fantawild has continued to explore Chinese culture, turning classic legends and folk tales into unique experiences using state-of-the-art technology such as virtual reality and holographic imaging. This presents Chinese culture in a new way, adding to the appeal of Fantawild parks and enhancing the brand’s influence.

Fantawild has developed a range of attractions themed around Chinese culture, including Bridge to Love, The Butterfly Lovers, Lady Meng Jiang, The Legend of Nüwa, Palace of Chu, to name a few. These attractions embody traditional values, telling stories of bravery and the search for happiness, as well as hopes for a bright future.

The attractions are not only successful on the market,but they have also won approval from authorities in the global industry. The report mentioned that “the show Dancing Islands at Fantawild Asian Legend Park received an IAAPA Brass Ring Award in 2019 for Most Creative Multimedia Spectacular”.

According to categorized lists in the above report, many Fantawild parks performed well. The three water parks operated by Fantawild all ranked on the list of top water parks in the Asia-Pacific region. 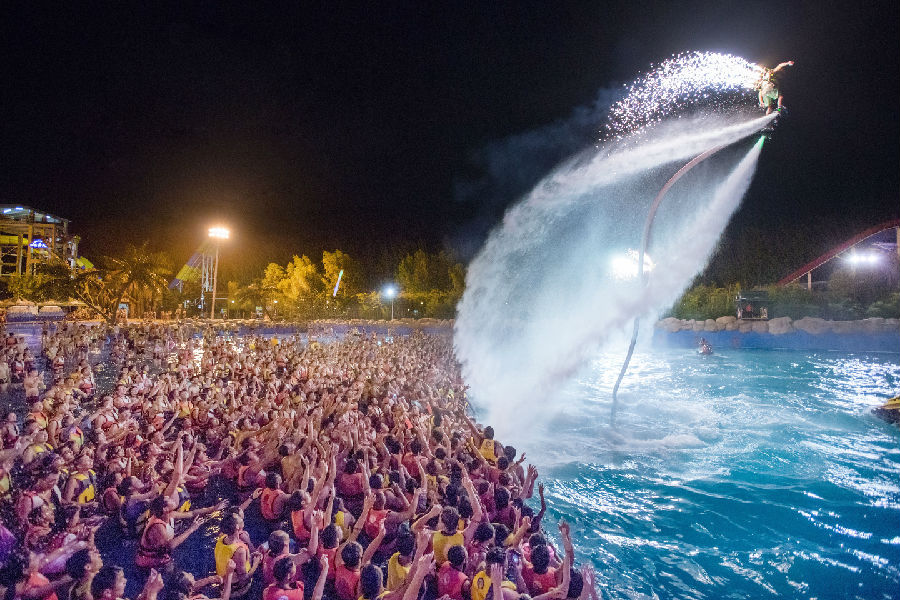 According to the same report, Zhengzhou Fantawild Adventure park and Ningbo Fantawild Oriental Heritage park are on the list of top parks in the Asia-Pacific region, as well as in the world list. This shows that Fantawild parks with different themes are welcomed by visitors. Zhengzhou Fantawild Resort ranked 17th on the list of top 20 theme parks in the Asia-Pacific area with 3.84 million visitors, while Ningbo Fantawild Oriental Heritage ranked 19th with 3.575 million visitors.

Fantawild’s success lies in its development concept of combining culture and technology while being driven by creativity. Fantawild is one of the few companies in the world which has an entire industrial chain from park design, to research and development, to construction, and to market operation. The company opened its first theme park, Fantawild Adventure, in 2007. It proved to be a success. Since then, it has created more than ten theme park brands across four categories: Fantawild Classics, Beautiful China Trilogy, Distinctive Culture, and Animation. There are more than 20 parks in operation in China. Fantawild parks have become new landmarks for local entertainment and tourism industries, contributing to regional economic transformation and development.