Nearly one thousand people, including some senior officials of the city, attended the opening ceremony of a new park, Changsha Fantawild Oriental Heritage, on July 6th. This park is one of three in Fantawild’s “Beautiful China Trilogy” project.  About one hundred journalists were present, as well as Cheng Shuiquan, Director of Standing Committee of the National People's Congress of Changsha City, Gao Shan, Director of Publicity Department and member of the Changsha City Standing Committee of CPC, Zhou Hui, Secretary of Ningxiang municipal party committee, Liu Daoqiang, President of Fantawild Holdings Inc., and Ding Liang, Executive President of Fantawild. Fu Xuming, Mayor of Ningxiang city, hosted the ceremony. 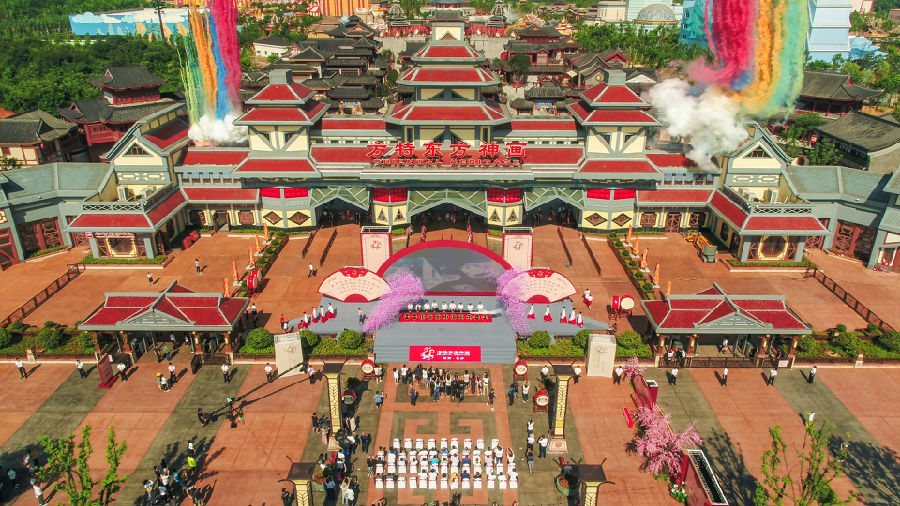 Drumbeats announced the start of the ceremony. Dancing and merry melody entertained the audience. A young male singer added to the merry ambience with the well-known song Me And My Country.

Liu Daoqiang, President of Fantawild, expressed his sincere thanks to all those have supported the development of the company. He mentioned in his speech the new park further expanded products of the company, and that the new park would help boost and enrich the tourism industry of not only Changsha city but also the whole Hunan province, further promoting Chinese culture. In the future, the new park will probably become a new tourist destination in Hunan.

Mr. Gao Shan stated in his speech that the integrative development of culture and tourism is a constant goal for the city of Changsha. The new park is an example of this. He hopes the new park will become a must-see destination for Hunan province and a happy place for citizens to visit, as well as a glimmering example for the local entertainment and tourism industry.

The new park is located in Weidong New Area of the city of Ningxiang. It’s the first phase of the “Beautiful China • Changsha Entertainment Industrial Park” project endeavored by the municipal government of Changsha and Fantawild. The new park is themed with Chinese history. It explores folk tales, legends, dramas and other parts of Chinese culture, while also merging with the local culture of Changsha. It’s aunique high-tech park. This new park will become an important window for tourists to learn about Chinese culture, as well as an example of regional tourism.

The new park has 11 distinct indoor attractions that present audiences with classic folk stories and charms of Chinese culture. Therein, The Legend of Nüwa uses multiple screens to give audiences an immersive experience. Visitors will sit in a vehicle and follow the goddess Nüwa to defeat giant monsters and mend the broken sky; Marvels of Chinese Culture uses a huge screen of 840 squaremeters to travel back in time and is a feast for the eyes; Lady Meng Jiang combines live performance with programmable bricks to present the story of lady Meng Jiang who brought down the Great Wall with her tears; Xin Zhui is a customized attraction based on the local culture of Changsha. It uses AR technology and live performance to tell the legendary story of a well preserved corpse. 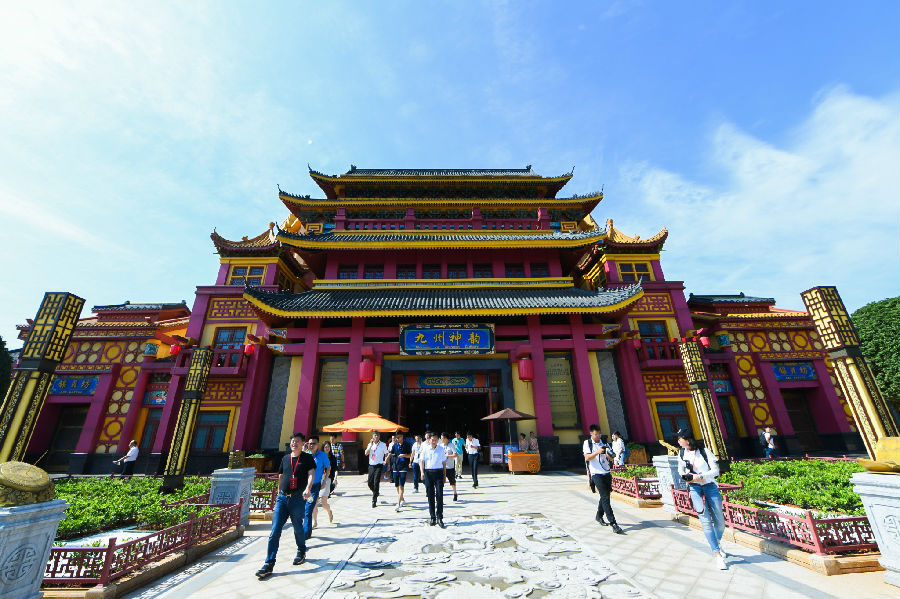 The new park also built two roller coasters, The Big Top and The Celestial Gauntlet. Merry Go Round and Swirling Hats are two attractions suitable for families. There are also distinct rafting attractions Braving Kunlun Mountains and The Legend of KingYu. There are 34 outdoor attractions and more than 200 viewing designs. Visitors of all ages can find suitable attractions for themselves. 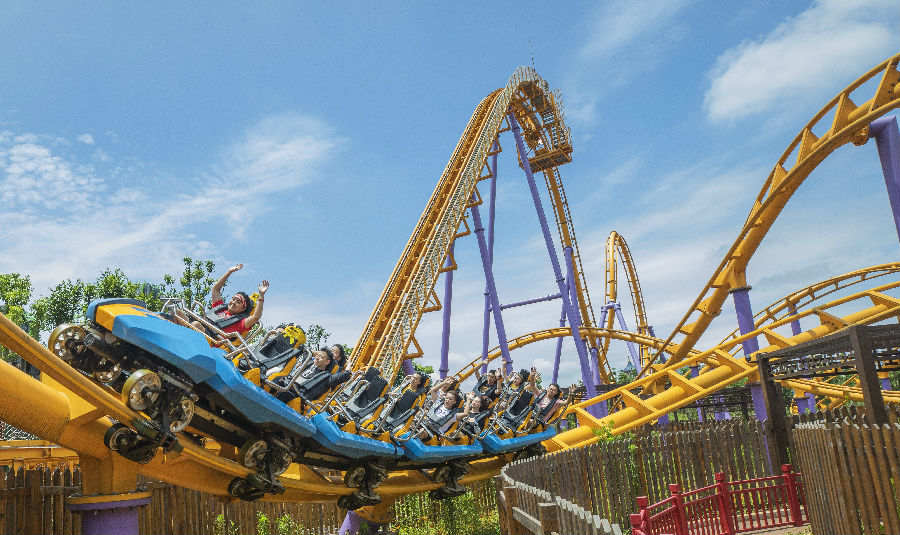 The park is the newest in the “Fantawild Oriental Heritage” series of parks. The unique and creative attractions in the park showcase Fantawild’s business strategy, i.e. the industrial chain of “creative ideas--research and development--production--marketing”.  The park is expected to be the a popular tourist destination for family tours.

Hunan has a convenient location and picturesque scenery. Many famous people in history are from this place. The province is a popular tourist destination in China. As the capital city of Hunan, Changsha attracts many tourists. Unlike other scenic spots orhistorical sites, the new park cleverly combines advanced technology with Chinese elements. It gives an impetus to the development of the tourism industry of Hunan with an immersive experience, setting the trend for “culture and technology” in the province. 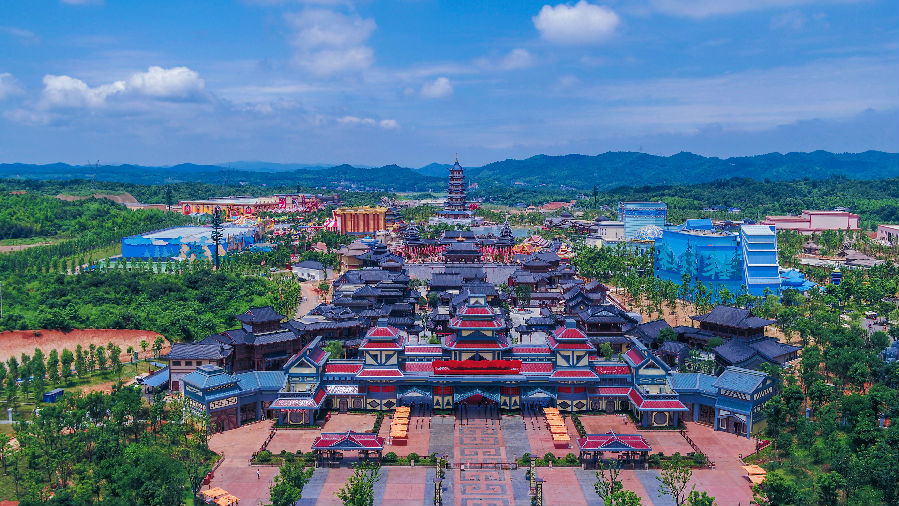 It’s noticeable that the new park is just the first phase of the “Beautiful China Trilogy” project. The project allows Fantawild to explore the importance of Chinese culture and recreate it. The project includes three series of theme parks. “Oriental Heritage” tells the ancient history of China, “The Road to Modern Era” shows the modernization of the country, while “Tomorrow's China” is about the future. The new park is just part of the project. In the future, the city of Changsha will build theme parks of the latter two series. 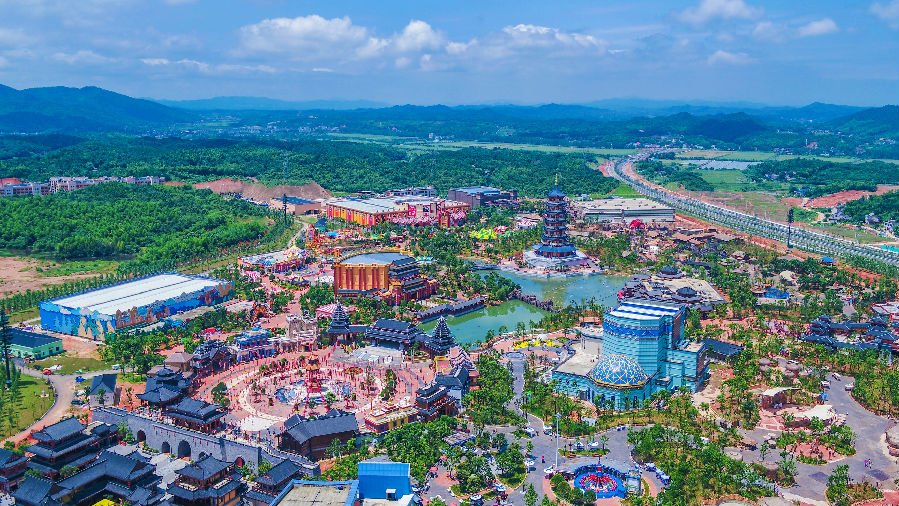 Besides Changsha Fantawild Oriental Heritage, Fantawild will also open new parks in Jiayuguan, Handan, and Jingzhou this year. Jiayuguan Silk Road Dreamland is themed with the silk road and western China. Handan Legend Kingdom is about Chinese idioms. Jingzhou Oriental Heritage is about the unique local culture. These new parks represent the creativity and technology of Fantawild. They not only inherit Chinese culture, but also explore distinct local cultures. They will become popular destinations for tourists who seek high-quality entertainment.