During Chinese New Year, or Spring Festival, Fantawild parks all over China went on a party spree. Many parks, including those in Jinan and Wuhu, used the theme of Splendid Ming Dynasty Oriental Wonderland to celebrate the occasion. The parks recreated the prosperous Ming Dynasty from several hundred years ago while providing visitors with an immersive experience.

Parks selected the theme of the Ming Dynasty for this year’s festival to chronologically succeed the themes of the Tang Dynasty and Song Dynasty from previous years. The parks endeavored to give local residents who were unable to travel to their hometowns a sense of holiday spirit by decorating the parks for the occasion and putting on special events.

Jinan’s park put on many activities such as themed performances and flash mobs. A show called Banquet of a Prosperous Age highlighted the success and wealth of the Ming Dynasty. The park arranged 500 drones into patterns related to this dynasty, such as the silhouette of the famous seafarer Zheng He. The drones also wrote the words I love China in the night sky, as well as forming other arrangements to celebrate the year of the bull. It was an incredible sight.

Fantawild Oriental Heritage park in Wuhu created a fair with interactive games themed around traditional Chinese culture in order to captivate visitors. The park also put on unique dance shows such as Silk Road Garment to recreate the hustle and bustle of daily life in the Ming Dynasty.

Many Fantawild parks upgraded their themed firework shows and lantern performances this year by adding many traditional new year customs, such as lion dance performances, hanging lanterns, couplets, and new year paintings around the parks. This added to the atmosphere of the festival.

For 6 consecutive days, the park in Changsha put on customized firework shows inspired by elements of Chinese culture. In Qingdao, ten thousand lanterns were placed around the park for the celebration. Wuhu Fantawild Dreamland decorated 6 Boonie Bears themed floats, and put on a naked eye 3D aurora show. The parks in Xiamen and Shantou put on lantern displays, allowing visitors to welcome the new year among a sea of light and colour.

Nanning’s park put on lion dance shows while the park in Ningbo also put on shows such as the Sichuanese face-changing opera and Fire Dragon performances. In Zhengzhou, many special features such as stenciled new year paintings, lanterns floating in rivers, lion dances, and traditional magic tricks allowed visitors to truly savor the new year. 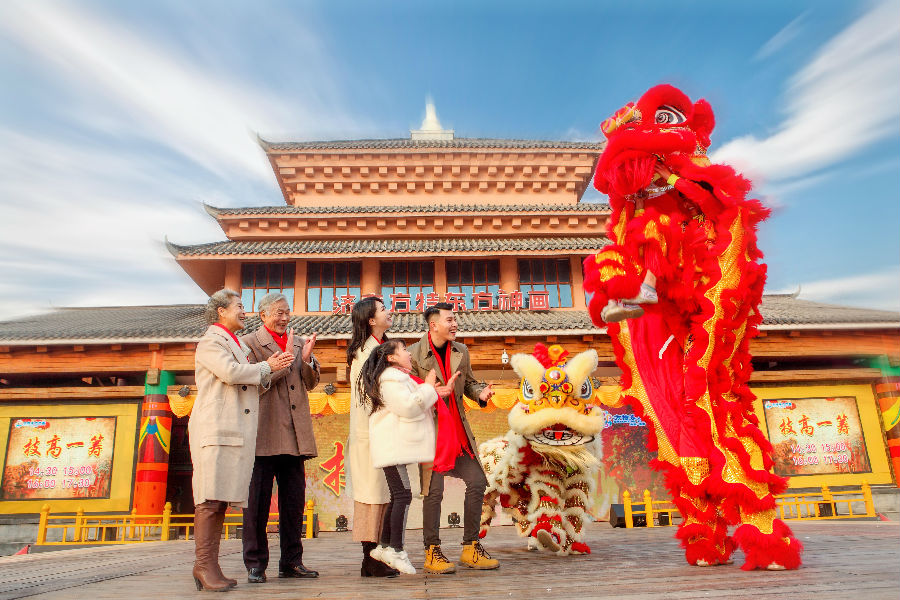 During the holiday, Fantawild also released its family-friendly movie Boonie Bears: The Wild Life in cinemas across China. Between watching the new movie and visiting our parks, Fantawild made sure there was plenty of fun to be had during the Spring Festival holiday.