Now is the end of 2018. It is time for an annual overview of the different industries. In the year 2018, the entertainment and tourism industry underwent many changes. Last year, themes of culture and tourism grabbed the attention of the industry. People realized more and more the value of good quality content for the healthy development of the industry. In terms of industrial structure, the Ministry of Culture and Tourism was newly founded in this year, helping to strengthen the link between tourism and culture.

As a top player in China’s entertainment and tourism industry, Fantawild has received many awards in 2018. The company made remarkable progress in making theme parks more “China-like” and improving the quality of service, leaving a remarkable impact on the industry. 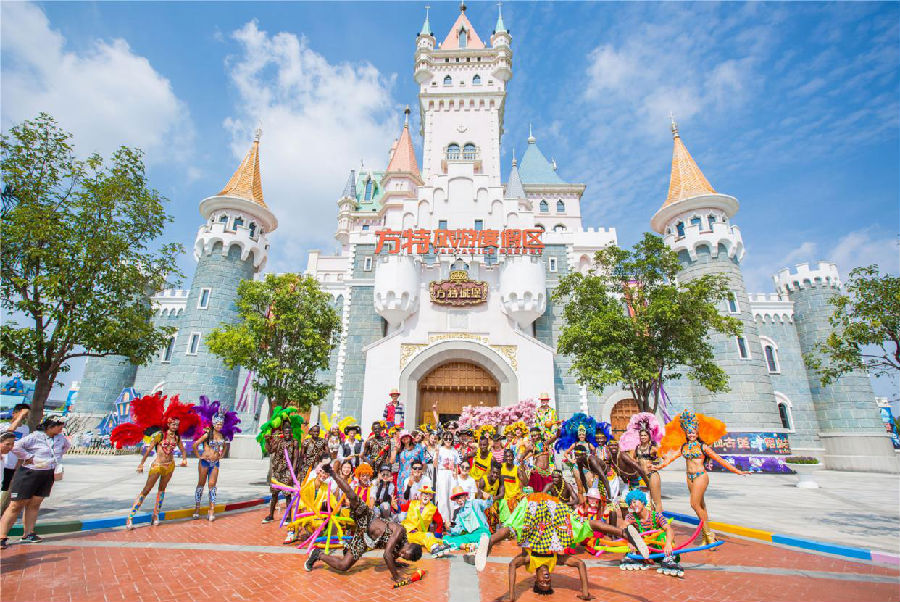 Data is the most objective and powerful proof. In May 2018, The Themed Entertainment Association and AECOM, two authoritative research institutes on world theme parks, jointly published a survey on theme parks around the world. According to the survey, Fantawild’s theme parks ranked among the top 5 out of global theme parks for the second consecutive year, with a stunning number of visitors of 38.495 million. Fantawild parks in various locations ranked differently. In the list of water parks ranked in Asia, Wuhu Fantawild Water Park ranked 6th, while Zhengzhou Fantawild Water Park ranked 11th. Fantawild became the brand with the most water parks on that list. Ningbo Fantawild Oriental Heritage and Zhengzhou Fantawild Adventure both ranked among the top 20 of theme parks located in the Asia Pacific area. With over 3.8 million visitors for each park, ranking 17th and 18th respectively. This shows the brand influence and market acceptance for Fantawild parks.

Fantawild is included in the 2018 list for “CCTV national brand industrial leader”. The company successfully got selected for the program again in 2019. This program brings together the top players in different industries, which means Fantawild will showcase the quality and value of its products and endeavor to build a better brand together with other first-class companies. Fantawild’s brand image and influence increased dramatically after a year’s operation. According to a survey by the authoritative data survey institute CTR Market Research, in 2018 the preference ratio for the brand Fantawild has risen from 41.9% to 68.6%, an increase of 63.7%. As for the future interest in theme parks, the rate shot up to 89.1%. 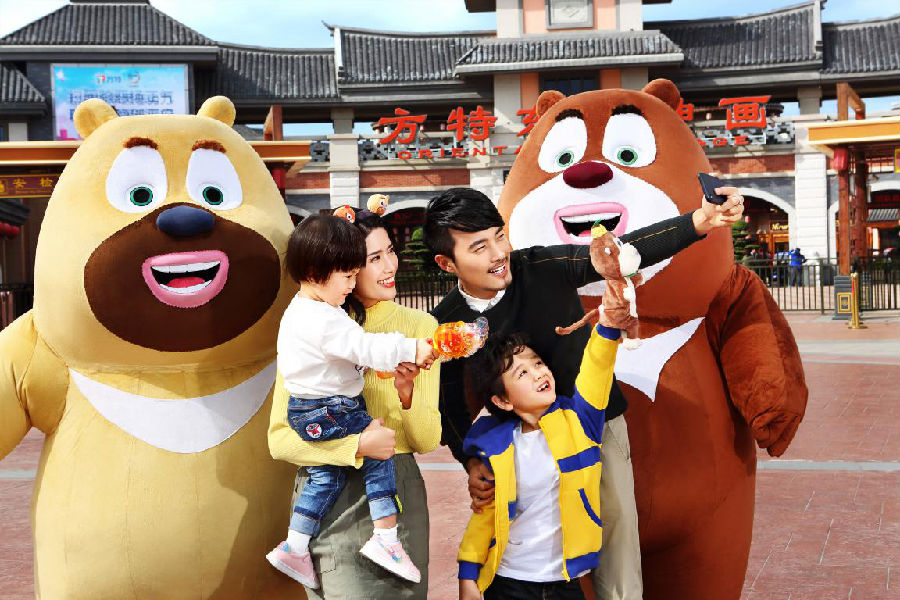 Since its founding Fantawild has understood that theme parks need culture to succeed. Chinese theme parks need to satisfy the aesthetics and cater to local visitors. For more than 10 years, Fantawild has been trying to blend traditional Chinese culture into its theme parks. The company first experimented with its “Fantawild Dreamland” parks. Today “Fantawild Oriental Heritage” parks have developed to include many attractions themed with Chinese culture. Fantawild continues to become more adept on applying Chinese elements to its parks.

In November this year, Xiamen Fantawild Oriental Heritage park took home the annual TEA award for “Outstanding Achievement”, and became the only theme park in the world to receive that honor this year. TEA Thea Awards Committee wrote: “Oriental Heritage successfully couples technology-based immersive experiences with the rich folklore and culture of China. It brings together an exceptional blend of live entertainment, large-scale shows, and engaging dark-ride experiences to deliver a truly unique and compelling family destination.” This international award shows Fantawild’s creative move to combine modern technology with Chinese culture is accepted by international authorities. It is a firm step for China’s theme parks and the Chinese culture to go global. As Michael Mercadante, TEA International Board President, said, that “the new TEA Thea Awards recipients... representing some of the finest achievements in the creation of compelling places and experiences”, honor signifies a marked pole. Honor is also asource of motivation. Fantawild will continue to strive to provide high-quality entertainment and tourism services to the many customers and to spread happiness to more people.

Fantawild parks continue to explore traditional Chinese culture, and build many themed attractions based on it. Although theme parks are sort of like “imported goods” in China, Fantawild uses its creative mind to present Chinese culture and stories with advanced technology. In 2018, Fantawild released a flight-simulation spherical screen theater Flying with Cranes.  To improve attractions in the parks, the company used traditional Chinese landscape paintings, which is a first in the industry. This move has made a splash in the industry and media, grabbing the attention of many people.

Fantawild’s creative team was inspired by the national treasure exhibited at the Forbidden City in Beijing in 2017, a landscape painting called A Thousand Miles of Rivers and Mountains from the Northern Song Dynasty with shades of green and blue. Fantawild decided to recreate the charm of Chinese culture with the digital technology it now masters. Fantawild’s technology team captures the essence of the painting through 3D animation and a spherical screen. The attraction took one year to make. On August 11, 2018, the attraction Flying with Cranes opened to the public in Fantawild parks, the result of hundreds of artist in the field of digital technology. This attraction uses flight-simulation and spherical screen technology which allows visitors to“fly” into the world of the painting and to drink in the fantastic scenery of mountains and rivers. This attraction also brings out an immersive experience that the original painting lacks. Visitors who participated in this attraction praised the life-like visual effects and commented that they were interested in the history depicted in the attractionand wanted to learn more about classical Chinese art.

Flying with Cranes is not merely an upgrade of a single attraction, it also shows the technology and content innovation in presenting the Chinese culture.

The entertainment industry where Fantawild belongs is also called the creative industry, for the core of development is innovation and creativity. Fantawild parks have become renowned as some of the best in China’s entertainment and tourism industry. Fantawild’s strong creativity and its spirit of pioneering has contributed to the company’s incredible success over the span of a decade.

In August 2018, Nanning Fantawild Asian Legends, Fantawild’s first customized park with southeast Asian countries as the theme, officially opened. As the first theme park in China to incorporate elements of southeast Asian culture, Fantawild Asian Legends tells the stories of other nations, which is hard to copy. This park reflects Fantawild’s outstanding creativity and signifies a new step forward for its parks. 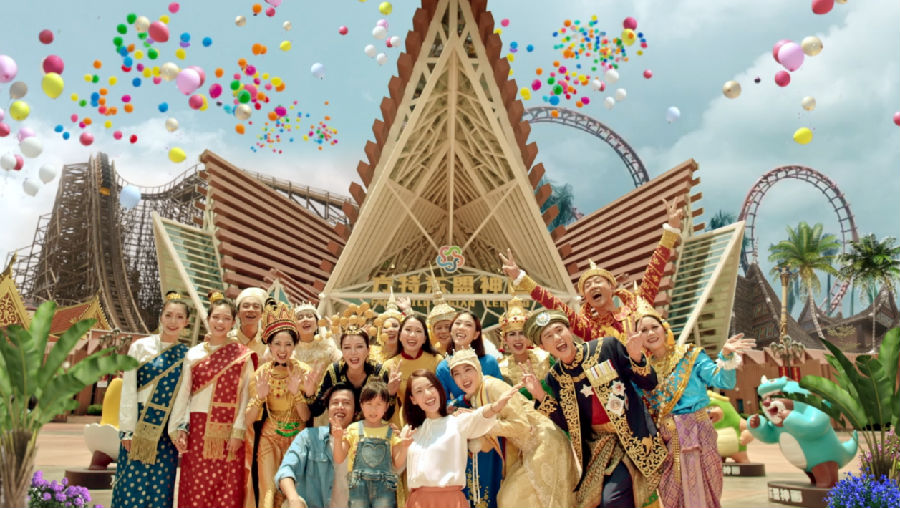 The park selected representative histories and folk legends from members of ASEAN and produced many themed attractions with immersive experiences and stories. Fantawild’s art team and technology team worked closely together to combine advanced technology and southeast Asian cultures to produce unique attractions, allowing visitors to have a glimpse of those countries without actually having to go abroad. Within the first 6 months after the park opened, it has received more than 600,000 visitors. Many visitors recommended the park online, and many attractions have become a “must go” place for those who travel to the city of Nanning.

The opening of the park marks the beginning of Fantawild’s customized theme parks. Many more Fantawild parks will be completed in the year 2019, including the ones in Changsha, Jinzhou, Handan, Mianyang, and Jiayuguan. Fantawild always pays attention to culture when expanding. The company explores, digs out the essence of different local cultures, and combines them with its creativity as a gift for local regions.

Fantawild spreads happiness wherever it goes. As a trendsetter in China’s entertainment and tourism industry, the company not only endeavors to bring happiness to customers, but also contributes to the local infrastructure and economy. The exceptional performance of 2018 is only the start. Fantawild will continue to strive for better results and contribute to China’s entertainment and tourism industry.